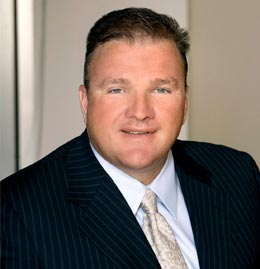 Thomas Sheridan is the founder of Sheridan & Murray, LLC. He has obtained numerous million- and multimillion-dollar verdicts and settlements for cases involving injuries and damages to individuals. Mr. Sheridan has fought for the rights of workers, patients, and consumers who have been injured or killed as a result of the negligence of corporations, manufacturers, doctors, and others. Under Mr. Sheridan’s direction, the law firm of Sheridan & Murray is committed to “protecting the people, one and all.”

Martindale Hubbell, a century-old lawyers’ peer review organization, has awarded Thomas Sheridan its highest rating, “AV,” which is given only to lawyers who have reached the height of professional excellence and who are recognized for the highest levels of skill and integrity. Mr. Sheridan has been a guest lecturer in the graduate program at the University of Pennsylvania School of Law, and served as an adjunct Instructor at the Beasley Law School at Temple University in Philadelphia. He is a member of the Board of Directors of the Philadelphia Trial Lawyers’ Association (PTLA), and has lectured in continuing education courses on behalf of the PTLA and the Association of Trial Lawyers of America.

Sheridan & Murray is proud of these accomplishments and is committed to obtaining full and fair compensation for each of its clients, as well as necessary changes in government, health care, business, and industry. Based in Philadelphia, the personal injury lawyers of Sheridan & Murray continue to adhere to the highest standards of legal representation.

Mr. Sheridan is a 1989 graduate of the University of Pittsburgh School of Law, where he excelled academically and was a member of the University of Pittsburgh Law Review. He is a graduate of Franklin & Marshall College, where he was a dean’s list student and played intercollegiate football and baseball. In football, Mr. Sheridan was elected by his teammates as captain and most valuable player in his senior season, and was unanimously selected as a first-team Centennial Conference All-star as well as an Eastern Collegiate Athletic Conference All-Star.